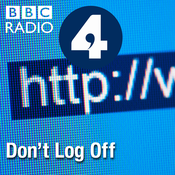 sur
Wanderlust
Marco loves Beijing - and being Chinese born he should feel at home. But instead he always feels a bit different from those around him, because he was brought up in Australia. His wanderlust is never ceasing, flying across the world is his way of finding contentment, bringing new perspectives back to China with him. But will he ever feel settled? Nosaiba is from Sudan, but for three years she has been living with her parents in Saudi Arabia. Life for women has become a little less restrictive. She can go out alone, and even drive. But in fact, she feels mainly boredom - missing friends in Sudan, and also the demonstrations that have been taking place there - she lives in one place, but her heart is in another. Kutay lives in Istanbul, but missed the sea. He was a mariner, travelling across the world, and finding it a wonderful, challenging place. But when he fell in love with an American woman, he left his job, and made plans to go on the road with her... until... let's not give it all away.. Wanderlust - pits, perils, and wonder, with Alan Dein. Producer: Sara Jane Hall
Healing
Alan Dein talks to people around the world to find out how they recover when facing difficulty. Helena is a young woman in Venezuela, living alone with her daughter. Caught in the middle of a national crisis, crime and electrical blackouts, she leaves an audio diary for Alan documenting the week leading up to her daughter's 9th birthday. He also speaks to a personal trainer in Sri Lanka whose business is much more than exercise and an Argentinian man who finds hope in personal tragedy. Producer: Sam Peach
Seeking Fulfilment
Alan Dein connects with people around the world united by their desire to find fulfilment. Alan speaks to a young gay man in China troubled by homophobia and an Egyptian woman determined to resist the religious extremism she witnesses in her small city. He also reaches out to an Iranian man struggling to pursue his passion for foreign languages against the odds and a jobless Nigerian distressed by his inability to provide for his family. Producer: Laurence Grissell
Utopia/Dystopia
Some locations - the beaches of California, the South American rain-forest, the majestic scenery and slow pace of Christchurch, New Zealand - may seem like Paradise - but reality, in the form of nature, climate change, industrialisation, or terrorism, can often creep in, even in these beautiful places. What about if you live there? Alan Dein talks to three strangers from across the globe, finding out the threats to Paradise, and how those who have chosen to make their lives there cope. Jefferson grew up in Malibu, one of the most desirable places on earth - surfing, hiking, living the outdoor life. Once in a decade a fire would come and change all that... but in recent years the fires have become more regular and more devastating. How did Jefferson get through the devastating experience of losing his home to fire? . Alan also gets a glimpse of life in the rain forest, speaking to Fernando who is lying in a hammock on the Pacific Coast of Colombia - describing the whales that come each year to visit the sea just off the beach. But he fears a giant new maritime port will destroy the community, the forest and the land he has learnt to love. Alan also speaks twice to Julie from Christchurch, New Zealand, who vividly recalls the way her city crumbled to dust in front of her eyes in the devastating earthquake of 2011 - before changing for the better, with a stronger community spirit, during the city's recontruction. But then she calls again - just a couple of days after the devastating terrorist attack on two Christchurch mosques - giving Alan the chance to ask 'how does the city feel after this new tragedy'? Producer: Sara Jane Hall
Life In Motion
Alan Dein hears compelling personal stories from people around the globe about the things which unite them. In Brazil, Saudi Arabia, the North of England and beyond, Alan connects with people online who are on the move, exploring what ‘motion’ means to different people through individual and collective experiences. This includes a unique insight into marriage behind the wheel from a husband and wife trucking duo as they travel across Europe and reflections from a Saudi woman about how her life has changed since the female driving ban was lifted in June last year. Producer: Hannah Dean
Afficher plus