Accueil Podcasts Technologie The Truth About ... 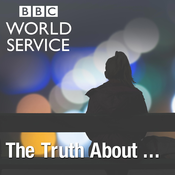 sur
Dying in Comfort in Mongolia
Anu Anand travels across the globe to investigate how different countries are tackling cancer, one of the world’s biggest killers. In this first of six programmes, Anu travels to the freezing plains of Mongolia to find out why these traditionally nomadic people, living in a rugged environment, are so prone to the slow and silent killer - liver cancer. She asks why it is hitting Mongolians so hard and meets one local matriarch who is leading a crusade to help those who cannot be cured to die in comfort. The country has the highest death rate from liver cancer, six times the global average, and most people have no idea they have the disease until it is too late. It is caused by two strains of the Hepatitis virus and at least a quarter of the population are infected with at least one. Alcohol, which is cheap and plentiful, exacerbates the problem. Today Mongolia is embracing palliative care to ease the suffering of patients as they approach the end-of-life. While this branch of medicine is a well-established in the West, it was completely unknown in Mongolia 15 years ago. It was only when professor Odontuya Davaasuren heard of the existence of palliative care, and lobbied for change, that Mongolia started to embrace this crucial aspect of cancer medicine. Today hospitals and pharmacies in every province provide support and medication to the terminally ill, and beds for the dying in hospitals and hospices are on the increase. Photo credit: Anu Anand © Producer: Beth Eastwood
Failing Gracefully
Dr Kevin Fong concludes his exploration of the boundaries between the medical profession and other industries for valuable lessons that might be of use to us all. In this final episode, Kevin talks to people who have spent their lives investigating what it takes to make high-performance, high-reliability systems work safely when lives are on the line. Since the days of Project Apollo, people have come to rely more and more heavily upon the digital computer. Whether it is aerospace, the automotive industry, medicine or even the financial sector, technology has become so central to the success of these complex systems, that it has become increasingly more difficult for the human to remain in control when these systems fail. Technology, some argue, is not just replacing us, it is displacing us. Is this situation inevitable or is there a way to better protect ourselves from the risks that opaque, complex technological systems create? (Photo: Kevin Fong and Paul Fjeld next to Lunar Module 2)
Going Lean: Health and the Toyota Way
In the third programme in the series, Dr Kevin Fong explores the concept of ‘lean’ in healthcare. He visits Toyota’s largest car assembly plant in the United States and discovers how the company’s legendary management philosophy – the Toyota Production System – is being implemented in hospitals, in an effort to improve patient care. Toyota’s philosophy of continuous improvement aims to increase quality and flow whilst decreasing cost. But whilst this may work well for the mass production of cars, can it really improve the care of individual patients?
“Faster, Better, Cheaper”
Dr Kevin Fong continues to explore the boundaries between the medical profession and other industries for valuable lessons that might be of use to us all. The second programme recounts the ups and downs of NASA’s Jet Propulsion Laboratory. The story begins in the early 1990’s, when NASA was in a very different place from the glory days of the Apollo era. Still dealing with the fall-out from the Challenger accident and other problems with its unmanned missions, the agency’s budget was significantly cut back. Its new administrator, Daniel Goldin, was forced to adopt a very different and riskier approach to space exploration, one that was in many ways anathema to the NASA’s engineers and scientists: it was dubbed: Faster, Better, Cheaper. But as we’ll hear, this approach came at a price and would lead to nearly a decade of failures as the cost-cutting took its toll. Kevin talks to NASA experts, including Robert Manning, chief engineer of arguably, the most ambitious and successful of all their planetary missions, Mars Science Laboratory, which landed the Curiosity rover on the surface of the red planet in 2012. How did they overcome repeated failures to achieve this remarkable success? And what can that experience teach us about delivering better healthcare?
The Business of Failure
In a new four-part series for BBC World Service and The Open University, broadcaster and medic Dr Kevin Fong explores what healthcare can learn from other organisations that succeed and fail. In this programme, Kevin joins a helicopter air ambulance crew in the United States and discovers how the combination of commercial pressures and de-regulation have resulted in helicopter EMS becoming one of the most dangerous occupations in the country. According the National Transport Safety Board, the body charged with investigating aircraft safety, over a twenty year period, they have averaged one accident every 40 days in the United States. Kevin hears from medical crew, pilots, regulators and survivors, to discover what needs to change in order to reduce accidents and improve safety for the hundreds of thousands of patients transported by helicopter air ambulances each year. Photo by Heath Holden/Getty Images
Afficher plus

The Truth About ...: Playlist

À propos de The Truth About ... 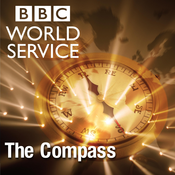 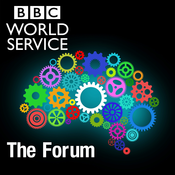 The Truth About ...: Podcasts du groupe

The Truth About ...: Radios du groupe